Harrison Group was contracted by Vattenfall to undertake a site investigation over a section of Happisburgh beach to provide information on ground conditions for the design of the cable landfall for the Norfolk Vanguard and Norfolk Boreas offshore windfarms. These sites will have a combined generating capacity of 3.6 GW, providing the equivalent electricity needs of 3.9 million UK homes per year.

The site comprised a part of Happisburgh beach situated below a cliff section which was inaccessible to road vehicles without extensive enabling works. It was therefore decided to access the site by sea, utilising a landing craft to transport all plant, equipment and materials onto the beach. The timing of the site work was chosen specifically to coincide with neap tides (when the tidal range is the smallest), so the fieldworks did not run the risk of inundation by the sea.

MTS Group Limited provided the landing craft MTS Terramere to transport the plant and equipment from the Port of Lowestoft directly to Happisburgh beach. Equipment was then transported between the vessel and the worksite by tracked plant.

A UXO supervisor was present onsite to verify that the work area was clear of shallow buried ordnance prior to setting up drilling and testing equipment. A paleoarchaeologist was also present to ensure that the fieldworks did not disturb potential archaeological artefacts.

Closely spaced sampling and in-situ testing was undertaken throughout the borehole and the soils were logged onsite by both a senior geotechnical engineer and the paleoarchaeologist. Cone penetration testing was undertaken to depths of between 8.5m and 15.7m, using a 15-tonne capacity hydraulic ram set mounted on a tracked unit.

Upon completion of the works, all plant and equipment was removed from the beach by the landing craft and the area was reinstated to an ‘as found’ condition.
Samples recovered from the borehole were transported back to the company’s laboratory for subsequent testing with results included in the ground investigation report.

Despite the unusal challenge of mobilising to and from a site with restricted access, Harrison’s innovative and proactive approach allowed these works to be completed safely and successfully, on time, with due care to minimise inconvenience to other beach-users and to Vattenfall’s satisfaction. 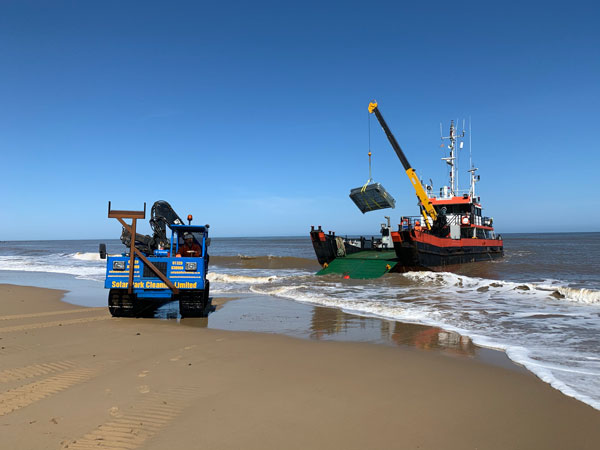 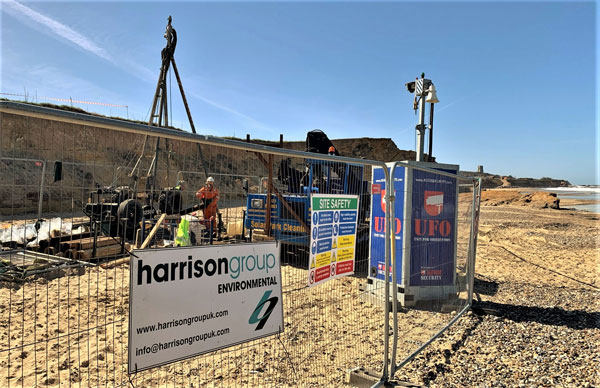 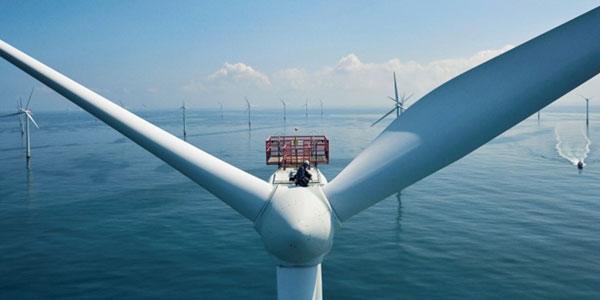 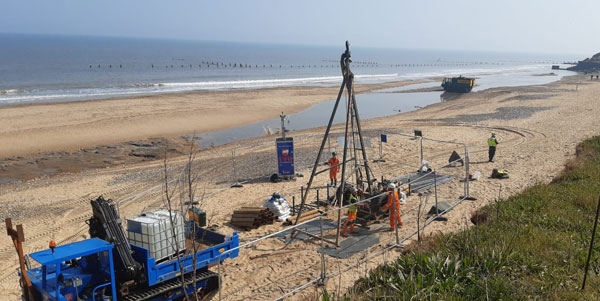 Site set up across Happisburgh beach