The long history of sinkholes appearing in Norwich is well documented, with the double-decker bus incident of 1988 making headlines around the world.
The latest one opened up on Tuesday 13th March in Rouen Road, an important thoroughfare in Norwich city centre, resulting in closure of the road.
Based in Norwich, the staff at Harrison Group Environmental have extensive knowledge of the local geology and, in addition to carrying out the ground investigation work after the bus incident, have also worked on a number of sinkhole projects since then.
Company MD, Steve Williams was approached by the regional newspaper – The Eastern Daily Press – for his view on the occurrence of sinkholes in Norwich. He commented:
“Many ground subsidence incidents in Norwich are related to the compaction of fill material associated with past development activity and, less frequently, with collapse of historic mine workings in the chalk underlying much of the city.
“In addition to this, sinkholes commonly occur in the area, linked to dissolution pipes associated with the underlying chalk. It is slightly soluble and groundwater flow can lead to widening of joints within the chalk, which can be filled with overlying soils, creating a pipe of loosened soil above.
“It is the collapse of these loose soils, often caused by concentrated water flow associated with leaking water pipes or drains, that create the surface depressions referred to as subsidence sinkholes.
“Such features are common in Norwich and, while they can be difficult to detect, suitable risk assessment and appropriate design can be used to alleviate potential problems for new development”. 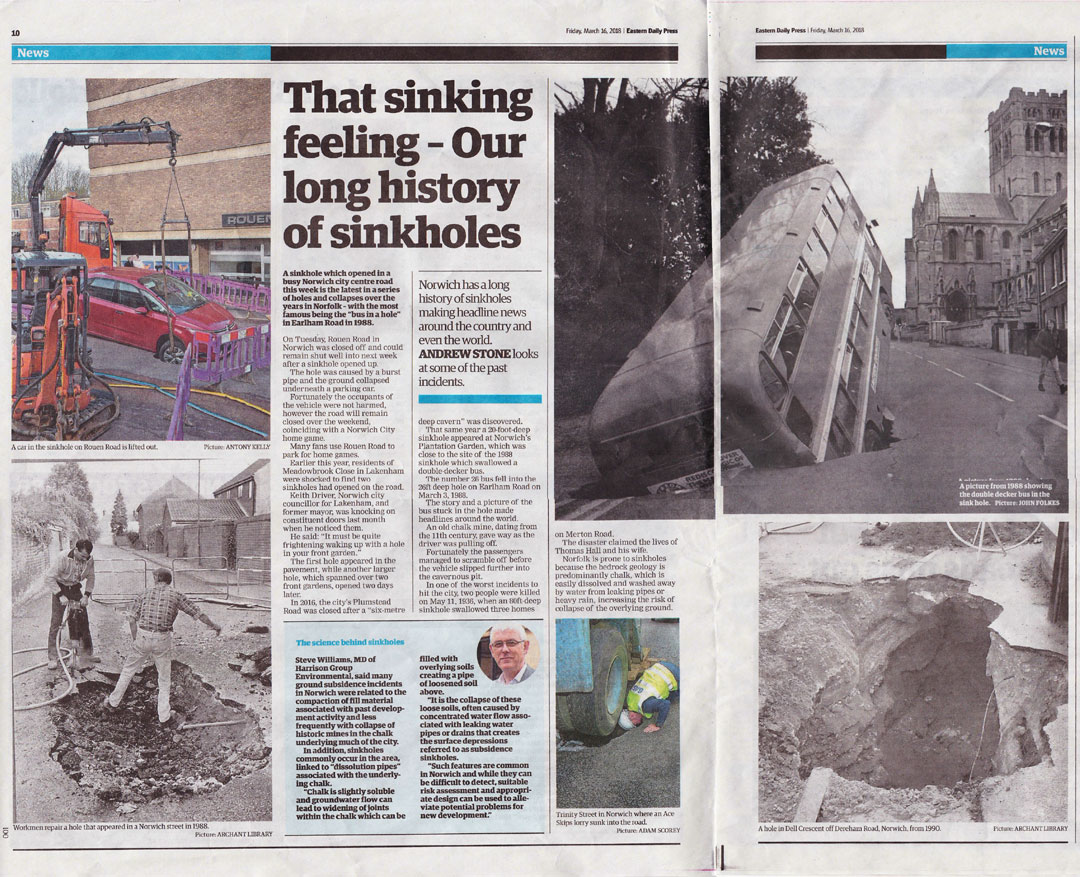